The creation of an independent and sovereign state of Kurdistan is a topic that has a long history and different visions for the implementation of this project.
The territory currently occupied by the compact Kurdish population is about 500 thousand km. They live at the junction of Iraq, Turkey, Syria and Iran, as well as in a number of neighboring countries, not counting the diaspora in other places. In terms of population, approximately 8.1 million Kurds (10% of the population) live in Iran, 5.5 million in Iraq (17%), 1.7 million in Syria (9.7%) and 14.7 million in Turkey ( 18 %). Historically, the Kurds had proto-statehood, which is why at the moment there are numerous speculations about the need for the Kurds to gain sovereignty. In East Kurdistan from the end of the XII to the middle of the XIX century. the principality of Ardelan was located, which had to be reckoned with in Diarbakir, Mardin, Aran, Ani, Dinavera, Shakhrisur and Luristan at different times, there were also separate independent principalities ruled by dynasties of the Kurds. In the confrontation between the Ottoman Empire and Persia, the Kurdish principalities acted as outposts of the two states, which forced various Kurdish tribes to be loyal to one or another power and, accordingly, introduced a potential conflict between the Kurds in the future. After the Sykes-Pico agreement, the Kurds were also divided between zones of influence, and upon gaining independence by regional countries, they were again included in the citizenship of various states. Two attempts to create their own states in the twentieth century were doomed to failure — the self-proclaimed Ararat Kurdish Republic on the territory of Turkish Kurdistan in the 1920s. managed to survive for only three years, and the Mehabad Republic in Iran, declared in 1946, lived less than a year. External players have used the Kurds as they see fit. If Israel began to support the Kurds due to chronic inferiority (Ben Gurion’s expression) due to the encirclement of Arab countries (the same reason led to close interaction with the Shah’s regime of Iran until 1979), then the United States had different perspectives and pragmatic strategies. For example, Iraqi Kurdistan became one of the bridgeheads for operations against Saddam Hussein in the 90s and in the 2000s. After the United States deployed bases in the cities of Erbil, Kirkuk and Mosul, and after the appearance of ISIS (a terrorist group banned in the Russian Federation), they justified their presence by the need to fight terrorism. But this concerned exclusively the military presence. The well-known map of the bloody borders of the Middle East of Ralph Peters from 2006 shows Kurdistan as a monolithic state created from parts of Turkey, Syria, Iraq and Iran, facing the north to the shores of the Black Sea. Earlier, the late British-American historian Bernard Lewis proposed a similar scenario, though without access to the Black Sea (at the expense of Turkey), but with the absorption of almost all of Armenia and a small part of Azerbaijan. This option began to be developed at Princeton University back in 1981, where Bernard Lewis served as professor of the Department of Middle East Studies.

However, in practice, the issue of receiving Kurds by states depends on two factors: 1) the political will of the Kurds themselves, which implies the elimination of internal contradictions and the development of a long-term consolidated strategy; 2) the collapse of statehood in at least one of the four countries — Syria, Iraq, Iran or Turkey.

And the ideal project of independent Kurdistan implies the unification of all four zones — Bakur, Mashud, Rozhava and Rozhilat (literally — North, South, West, East) — that is, Turkish, Iraqi, Syrian and Iranian territories inhabited by Kurds, but in the modern world such imaginary projects, as a rule, are far from their practical implementation.

Obviously, the Iraqi Kurds, who have their own autonomy, had the greatest opportunities for building statehood. However, the author, who has repeatedly visited Iraqi Kurdistan, did not receive an adequate answer to the question of how Iraqi Kurds see future statehood. Discussions are ongoing about this — some see it as a broader autonomy, others suggest a republican type of government, and some even advocate the creation of a monarchy. The civil war that broke out in Iraqi Kurdistan in 1994 and ended in 1998 with the signing of a peace agreement between Masood Barzani (the Kurdish Democratic Party) and Jalal Talabani (the Patriotic Union of Kurdistan) with US mediation, is also additional confirmation of internal contradictions between the Kurds. Although the issues of internal self-government in Iraqi Kurdistan are now being resolved peacefully, the KDP is oriented towards Turkey and, in part, towards the United States, while the CPK towards Iran remains. 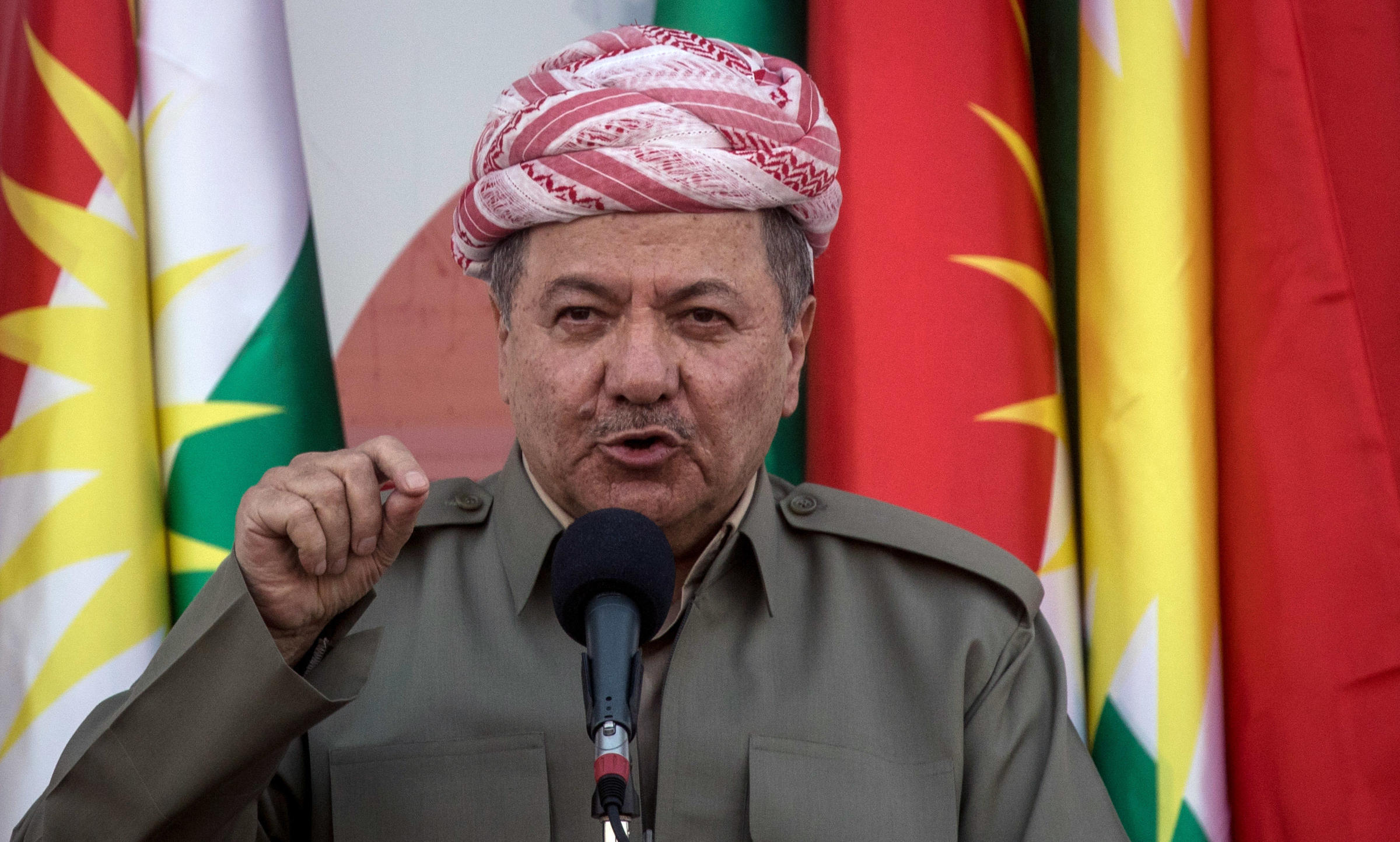 In addition, there are cultural differences. Kurds use different dialects of the language. Even in Iraqi Kurdistan, Kurmanji and Sorani are used, and recently they speak of the appearance of a third dialect based on a mixture of the two. In addition, there is the South Kurdish language and the Laki language (both common in Iran and Iraq). In Syrian Kurdristan (Rozhava), the issue of self-government was raised quite late — in 2012, when Syria itself was shaken both from the outside and from the inside. At the same time, the YPG Self-Defense Forces were created. At the same time, contradictions with the Iraqi Kurds of the Barzani clan immediately surfaced. The Democratic Union Party (PDS), which consisted of local Syrian Kurds and another structure, the Kurdish National Union, associated with the Kurdish regional government of Iraq, could not agree on the distribution of power, which caused tension on the ground. The YPG even categorically opposed the entry of Iraqi Kurdish Peshmerga forces into Syrian territory to help combat ISIS. In addition, the PDS accused Barzani of having links with the Turkish leadership and preferred to directly contact the Kurdistan Workers Party in Turkey. In March 2016, the Kurdish administration in three areas in northern Syria: Jazir, Koban and Afrin announced the creation of the Federation of Northern Syria — Rojava. This was a clear attempt to deploy one political umbrella over individual geographic areas controlled by the PDS and its military units YPG.

But in August, Turkey sent its troops into Syria, creating its own security zone and starting rapprochement with Russia. These events undermined the efforts of the PDS and their allies, and the current return of the Syrian armed forces to this zone and the Russian military police has severely limited any opportunities for real Kurdish sovereignty in Syria.

Turkey is the country with the largest number of Kurds both in relation to the main Turkic population and in relation to the territory. Kurdistan Workers’ Party recognized as a terrorist organization in Turkey. Moreover, not all Kurds in Turkey agree with the program and activities of this party. Although the ruling Justice and Development Party does not have an objectively inclusive project for all Kurds. The rights of the Kurds are defended by the People’s Democratic Party (Halkların Demokratik Partisi). In fact, this is a coalition of various left-wing parties and trade unions, which includes the Kurdish Party of Peace and Democracy. Through this structure, the Kurds legally lobbied for their interests. However, any attempts by separatism or any hint of relations with the PKK are harshly suppressed by the state. In 2016, the Kurdish leaders of this party, including the head of Salyakhetidin Demirtash, were arrested on charges of aiding terrorists. At the same time, Ankara rejected the accusations and demands of the ECHR in this case. And in August 2019, three pro-Kurdish town governors from this party were removed from their posts. 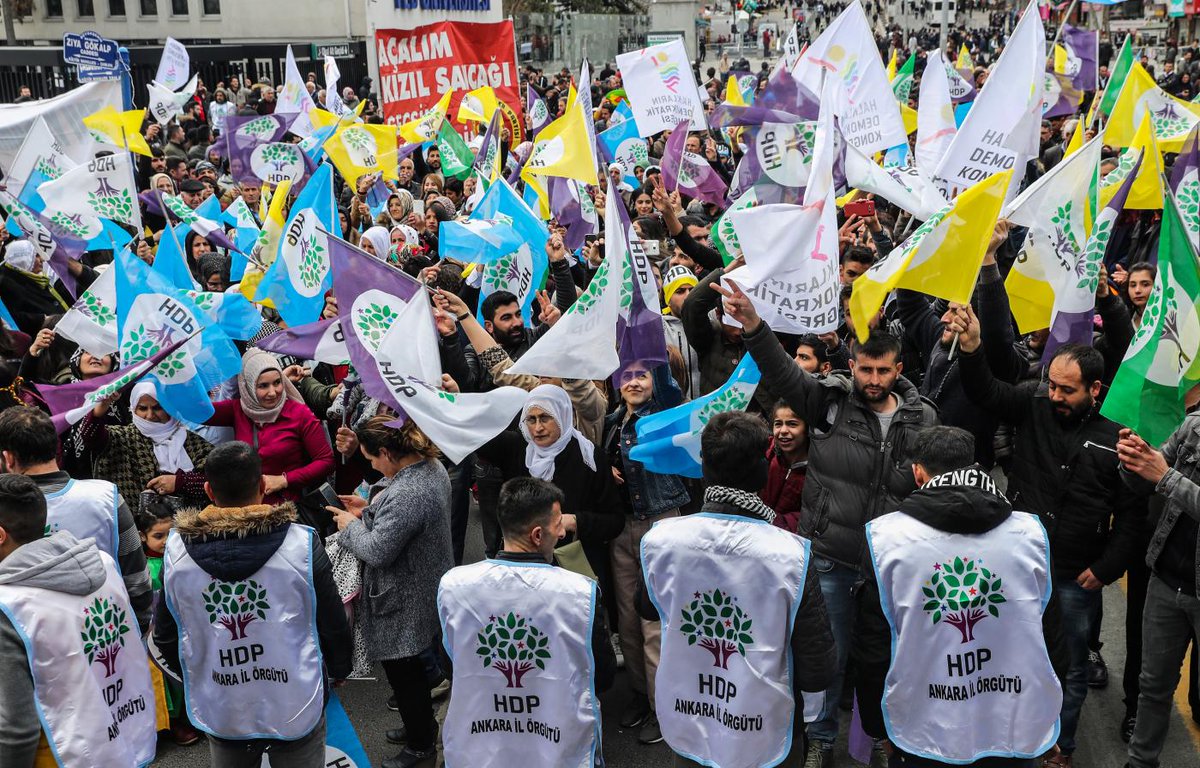 The operation of the Turkish armed forces in Syria and the air strikes on the Kurdish territories of northern Iraq, where the PKK bases are located, testify to Ankara’s serious intentions regarding the consolidation of the Kurds in the region and the challenges that they may pose to the Republic of Turkey. The activity of any Kurdish political structures is prohibited in Iran. The Islamic Revolutionary Guard Corps closely monitors any activity that is contrary to the form of government and ideology of the Islamic Republic of Iran. There are regular attacks on guards and officials by Kurdish militants, in response to which official authorities are forced to repress. Kurdish political activists and dissidents from Iran are forced to hide in Iraqi Kurdistan. In Iran, the chances of Kurds even for self-government are doomed to failure. In addition, you need to understand that any precedent associated with the political strengthening of the Kurds will cause tough opposition not only in a particular country, but also among neighbors. So, the referendum in Iraqi Kurdistan, which took place in September 2017, provoked a protest not only from Baghdad, but also from Turkey and Iran, which are sensitive to separatism. And since even in a worse situation, from the point of view of centralizing power in Iraq and Syria, the Kurds could not compromise with each other and create a semblance of a federation, such an opportunity is unlikely to be offered again in the near future. Therefore, the Kurdish state for many years will be only a desired, but unattainable dream.
﻿